Get fresh music recommendations delivered to your inbox every Friday.
We've updated our Terms of Use. You can review the changes here.

from Going through Changes by Quarries & Corridors 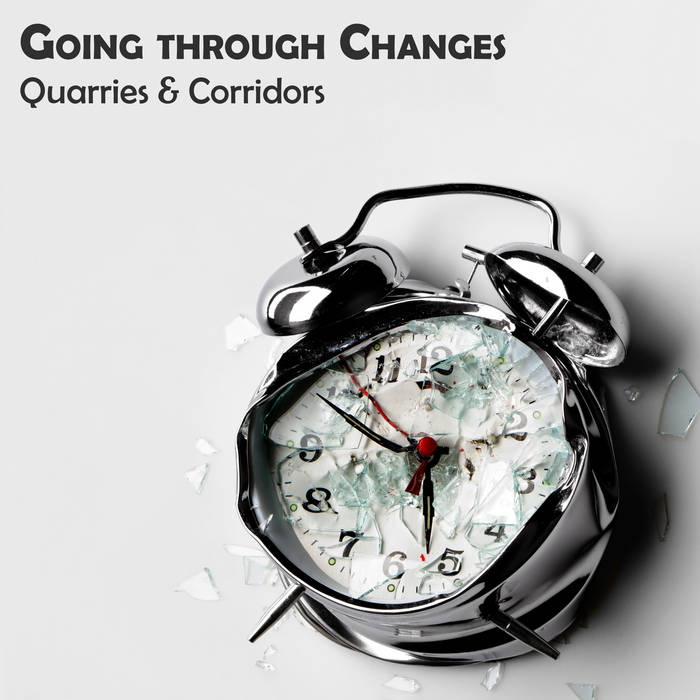 A song about adolescence and the classic children's telefantasy that got us through it.

It isn't easy growing up
Feeling different, feeling new
Understanding where we fit
With the changes we go through

Life is full of turmoil
And questions old and new
When it seems the world's turned upside down
What's a teenager to do?

Now they're bending the wheels
Now they're smashing the clocks
They've kicked in the telly
They're blocking the locks!

Society's ending
The world's rearranged
Now the pylons are screaming
And everything's changed!

Oh we're going through changes
Feeling different, feeling new
Understanding where we fit
With the changes we go through

Life is full of turmoil
And questions old and new
When it seems the world's turned upside down
What's a teenager to do?

Now the paintings are changing
Now the weather has changed
With blue and green badges
Causing all of the rage!

Society's ending
The world's rearranged
Now the colours are fighting
And everything's changed!

Will you reach the minds of others
Will they help you jaunt away?
Or will they lock you in the cupboard
While Venusian children play…

It isn't easy growing up
Asking questions, feeling new
Running from the world around
And the things they put us through!

Life is full of struggles
And things we mustn't do
When it seems the world's against us
What's a teenager to do?

Now you're coming of age
But it feels like a trap
Now the masters are coming
With your happiness cap!

Childhood is ending
The world's been arranged
Now the tripods are rulers
And everything's changed!

We go through changes
Being different, feeling new
When childhood dreams have ended
What's a teenager to do?

Share your light with others
And help them jaunt away!
Save Margot from her closet
Let’s find that summer’s day

Quarries & Corridors are Aly Thymia and Jenny Hackett, a musical duo based in Nottingham, UK.

Their debut album, Going through Changes, released in October 2019 and features 55 minutes of new music over 11 tracks.

An eclectic mix of folk and synthpop, inspired by life's struggles and the fantasy fiction that gets us through them. ... more

Bandcamp Daily  your guide to the world of Bandcamp

Alex Rita and Errol from Touching Bass feature in our special London edition of the Bandcamp Weekly.